On our second free travel weekend, I did something I hadn’t really anticipated doing this semester: I traveled alone! And not only that, but all the way from Austria to Paris, France! It was my second time going there (the first being a class trip in high school). What could make this daunting, solitary trip worth it? Why, to see my dad, of course! 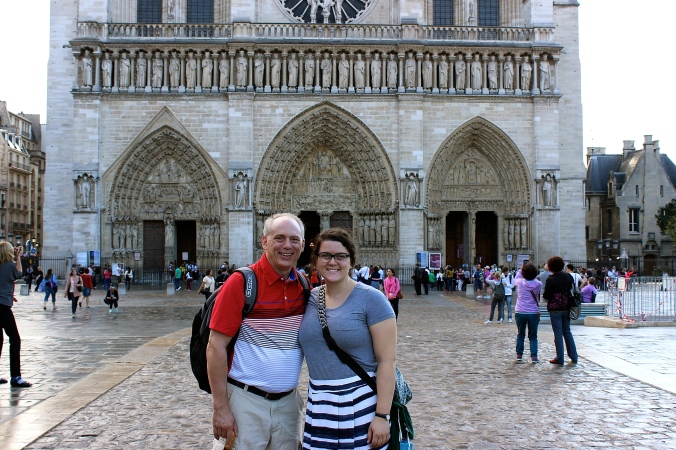 I made it there safely (thank you, guardian angel!!) and met up with my dad at the hotel. It was so nice not to be staying in a hostel, where the sheets are questionable and the water pressure is less than satisfying. After settling in a bit, we walked around the area where the hotel was and got a couple of crêpes at a food stand. The real Paris experience! He had a work event that night that I attended with him. I felt a little silly, to be an American college student among these incredibly intelligent, accomplished European Carnegie Mellon alumnus, but the company (and the food!!) was excellent. The free champagne wasn’t so bad either. After a restful night, we got up and made the most of our day together in Paris!

Starting off with breakfast at a café near the hotel was definitely a highlight. Fried eggs and pain au chocolat! Such delicacies we do not have in Gaming. It was so exciting that I will admit– I was one of those people that takes pictures of their food! Our basic itinerary for the day was as follows: go see as many of the churches as possible, while squeezing in a few open-air markets and la tour d’Eiffel. (You know, that gigantic monument France is famous for?) We started off at Notre Dame Cathedral, which is a place that I don’t think you can visit enough times. Rose windows, flying buttresses…that architecture just doesn’t get old…(except it is actually like 800 years old). 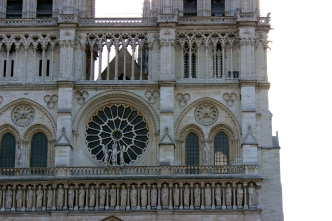 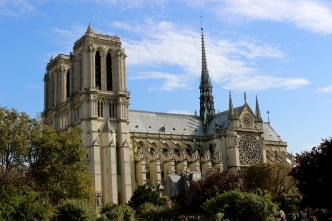 After that we sought our Saint-Chapelle, which was a church commissioned by King Louis IX to house relics from Christ’s Passion (the crown of thorns, it’s casual), but does not function as a church any longer. It’s claim to fame is it’s stained glass- which covered almost all of the walls! 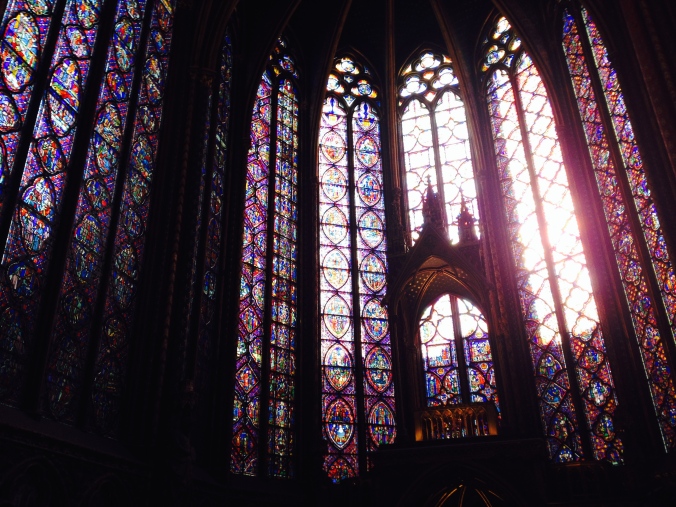 Next on the agenda, we found the Chapel of Our Lady of the Miraculous Medal, where the Blessed Mother appeared to St. Catherine Labouret and gave her the miraculous medal. Her incorrupt body is also there, NBD. 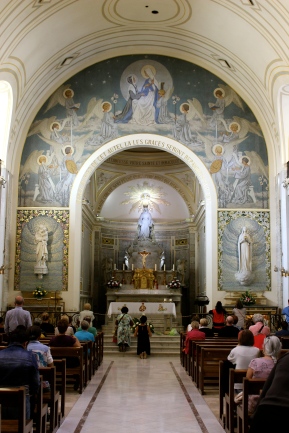 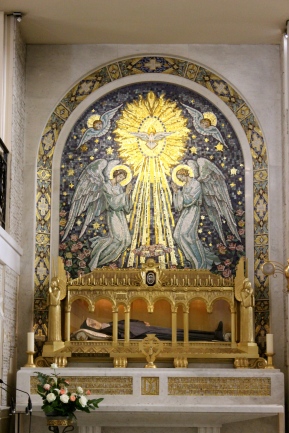 We had lunch on the sidewalk. By this, I mean that we found an open-air market full of all types of cheeses, meats, breads, fruits and vegetables! I could’ve eaten it all! …Well, maybe not. We bought a baguette, naturally, some cheese, tomatoes and some fruit. We wanted to find a bench or a park in which to devour our spoils, but I was feeling rather tired at this point, so instead of searching for a bench, we sat on a low step on a sidewalk. THE real Paris experience! 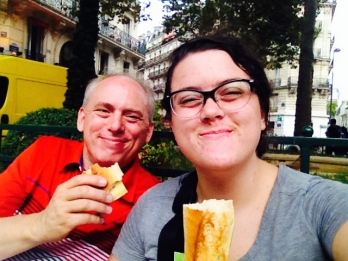 After attending 6pm Mass at Notre Dame, we went to climb the Eiffel Tower, hoping to catch a sunset view of Paris. I had not been able to go to the Eiffel Tower the first time I was in Paris, so this was a real treat! Neither of us were aware, however, that you could no longer walk all the way up to the top. We got tickets and walked up to the 2nd floor, and then, after looking in vain for the next staircase going up, bought tickets for the elevator to the top. It was stunning to see the City of Lights from the top! 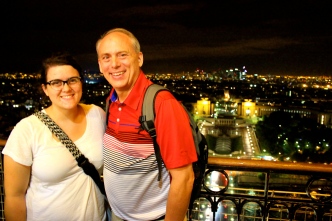 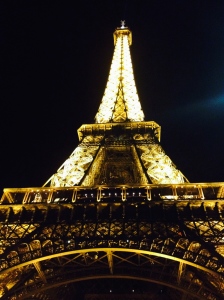 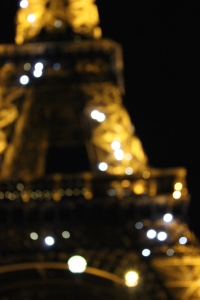 Every hour, on the hour, for 5 minutes, the lights on the Eiffel Tower will blink on and off. As luck would have it, we made it back down and to the other side of the street just in time to get some great shots of the lights in mid-sparkle (right). 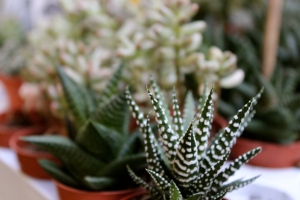 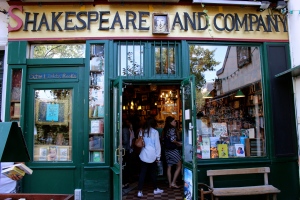 Overall, it was a wonderful weekend waltzing around Paris with my Dad. Oh, and did I mention that he brought me peanut butter and mac n cheese? What a good man. Until next time, Paris! 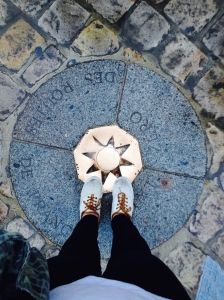 One thought on “Paris, France”